FLORIDA, Key West Shipwreck Museum with Kids – “Wreck ashore!” wasn’t always the bad news it may sound like to us today. In fact, in the Key West of the mid 1800s, where as many as one hundred ships might pass by in a day and shipwrecks appeared off the coast as often as once a week, it was great news to just about everyone whose ears could hear it.

As you’ll quickly learn on a visit to the Key West Shipwreck Museum, even those aboard the afflicted vessel could at least be grateful that there was a bustling island economy close at hand with their misfortune literally in its sights. And better still, that the new law of the land ensured that all passengers must be rescued before whatever cargo might be aboard. 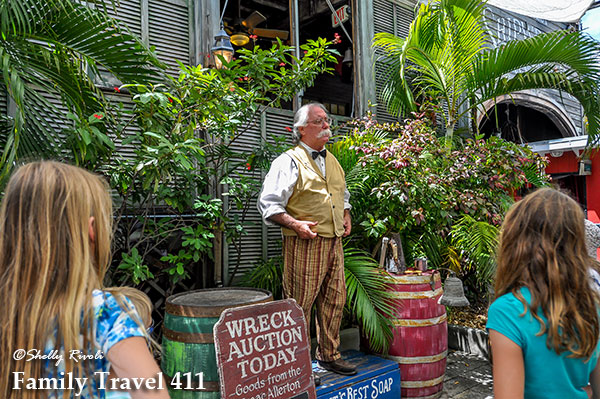 At the Key West Shipwreck Museum, it is always auction day. Listen as your costumed guides tell you about life in the Key West of the 1850s.

With “wreckers” watching from shore day and night, and some optimistically patrolling the waters, help was usually quick to come. The first to arrive at a fresh shipwreck got to lead the salvage operation and would receive the biggest share of the profits when auction day rolled around.

Of course, the highly motivated passengers were probably the easiest of a ship’s contents to salvage. Removing loot from a sinking vessel wrecked on a reef is not for the faint of heart, and under no circumstances should transporting valuables enough to weigh your pockets down to the bottom of the sea be taken lightly.

If your kids doubt this for a moment, let them get their own hands on this 64 lb. bar of silver which lay at the bottom of the sea for nearly three centuries—and try to lift it themselves. 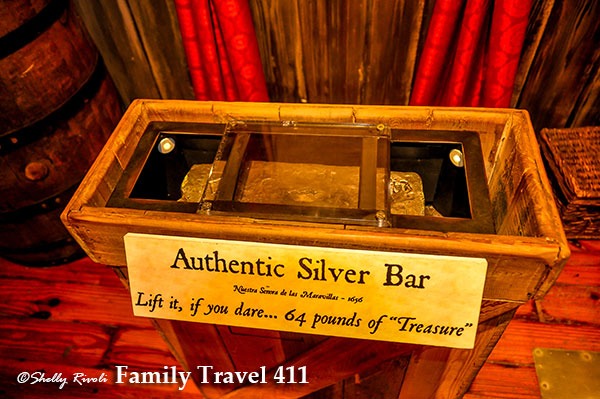 Go ahead, reach in and try to lift this massive silver bar salvaged from a 1656 shipwreck, now on display at the Key West Shipwreck Museum.

Be it gold, silver, emeralds, Italian marble, or an occasional shipload of pianos, reclaiming maritime treasure is almost always a heavy subject it seems. In this display at the Key West Shipwreck Museum, you can see rare illustrations from the 17th century showing some of the old-fangled methods used to locate and access sunken Spanish galleons laden with treasure. 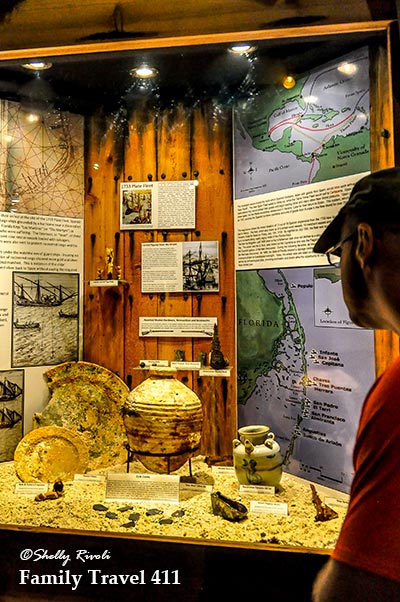 Favored routes of the Spanish galleons arriving with goods in the “new world,” and recovered treasures from a few of their troves.

And for the pre-neoprene and oxygen tankless nineteenth century divers of Key West, saving sinking cargo was even more perilous as they often battled the same treacherous seas and weather that wrecked the ships in the first place. Methods had to be fast and effective. Though not too effective. 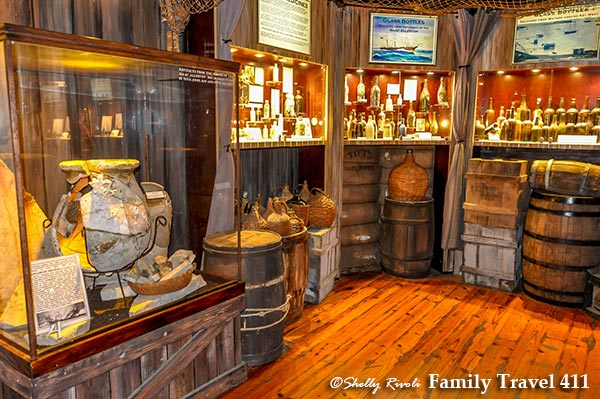 If bottles could talk, these collections found in the waters surrounding Key West would certainly give you an earful, but it’s the ceramic pot on the left has a truly powerful story to tell.

To the left of these bottles found in the waters around Key West, you’ll see a large earthenware vessel, which was apparently packed with black powder and detonated against the hull of the sunken Isaac Allerton in 1856. The explosion was so great that it shattered much of the Italian marble remaining inside the ship, leaving worthless fragments of it all around the wreck site to this day.  Remnants of the explosive vessel-device itself were found by modern divers over the course of three years–and over an area spanning hundreds of yards.

Still, what wreckers were able to salvage from the Isaac Allerton before it finally sank to a depth of 30 feet was enough to bring $50,000 at auction–making it the most profitable shipwreck in Key West history. With news of such fortunes to be made, it’s no wonder that Key West’s population grew from a mere 688 residents in 1840 to 2,645 in 1850. By 1870, the population had doubled again. 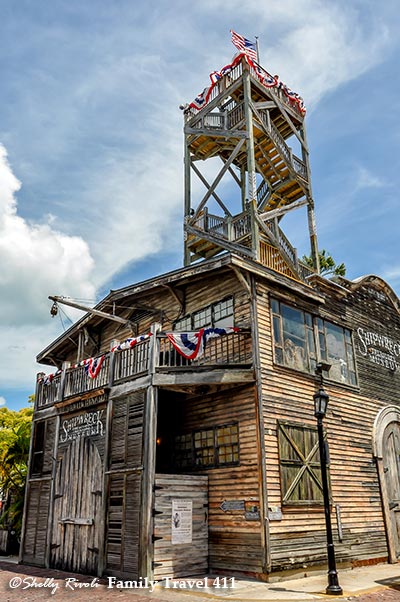 The Key West Shipreck Museum is easy to spot at the center of town–just look for the 65 ft. tower!

Many artifacts from the Isaac Allerton, which was rediscovered by divers in 1986, are on display at the Key West Shipwreck Museum, which stands like a time capsule at the center of town, offering a glimpse of that bustling era of master wreckers and major players for whom many of Key West’s streets are named.

As your visit concludes, don’t miss your chance to climb the 65-foot lookout tower that offers the best views of Key West and your children’s chance to watch for shipwrecks off the historic shoreline. Chances are, the next time you hear someone shout, “Wreck ashore!” it won’t sound like disaster either–just your kids enthusiastically embracing the history of Key West.

If Cats Could Type in Key West: Our Visit to the Hemingway Home Museum

Dry Tortugas with Kids: Tips for Your Day Trip from Key West 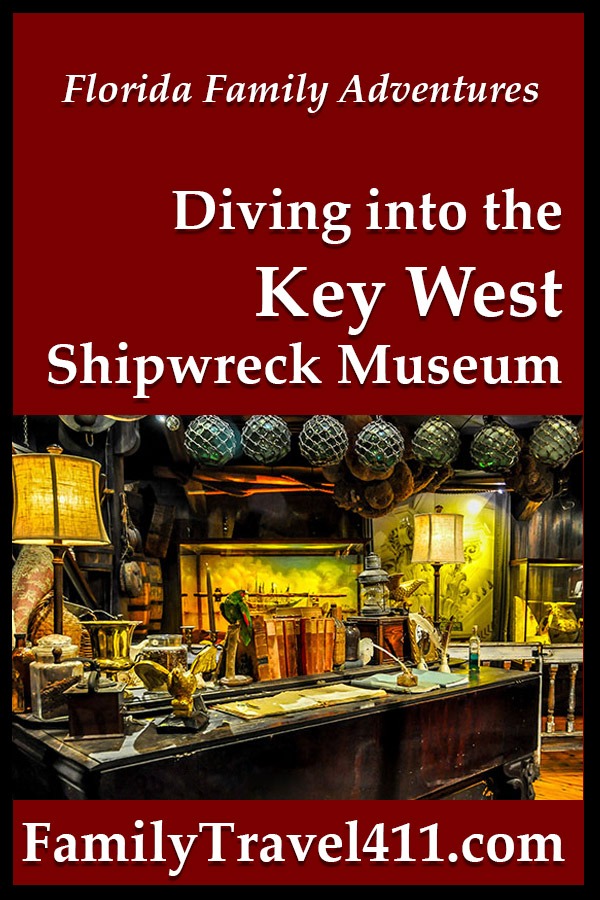