Falling for Howard: A Huntsville Love Story (of Sorts)

On a kids-free trip to Huntsville, I met someone. Someone very special…

I think that you’ll agree.

I never expected to fall in love with a woman, let alone with a woman who’d been buried more than a century before I set foot in her home state of Alabama. But “Howard” wasn’t like most women, as I quickly discovered.

Expecting little more than a tour of one of the many lovely homes in Huntsville’s Twickenham Historic District, I lingered in the foyer contemplating the unusual paintings hung along the staircase. Something about them seemed oddly out of place in the 1819 Federal-style home. Yet they called to me to take a closer look, tempting me to trod just a few steps up, and just a few more, toward the bedrooms to see what other curiosities might await me there.

That’s when her words, spoken from the drawing room, gripped me. So lively and quick, I suppose they would have given rise to any poetry-lover’s pulse. And I’ve always had a weakness for poetry.

The drawing room at the Weeden House Museum and Garden in Huntsville.

Another stacked stanza revealed in its rhyme that it was indeed a poem, and just one of dozens Maria “Howard” Weeden wrote in the last decade of her life. I stepped into the crowded room and there on the desk were four bound volumes—each more than a hundred years old—filled with her rich cadences and the vivid voices of souls who once sat with her in this same room.

In this case, it was a broken-hearted banjo player lamenting the loss of his lover—and muse—to another, as recited to us by an animated Huntsville historian:

An’ often I thought that its quiverin’ strings

Must be of myse’f a part—

Else how could dey tingle an’ thrill as dey did

If her shadow but fell on my heart!

The woman Huntsvillians called Howard wasn’t always known as a poet, however, though she was recognized as a talented artist since girlhood. Fortunately, her mother–though widowed just months before Howard’s birth–was able to arrange private art lessons for her daughter with the prominent Huntsville portrait painter William Frye. 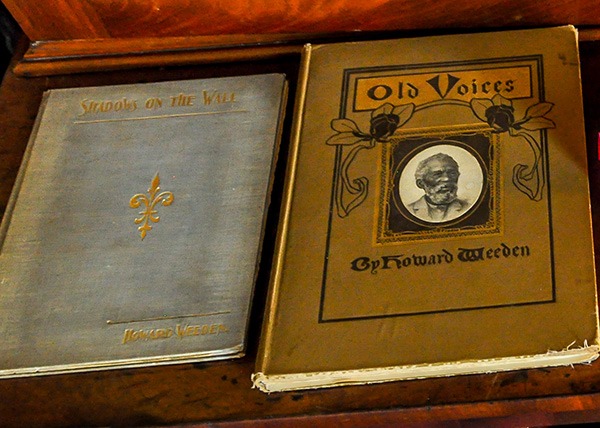 Two of the four volumes of poetry and paintings published by Huntsville’s Howard Weeden.

But when Union troops rolled into Huntsville in 1862, the lovely home on the corner of Gates and Green Streets caught the eye of an officer, and her family was quickly “displaced.” They moved in with their servants first, then traveled all together to Tuskegee to live with her sister’s family as the Civil War raged on. 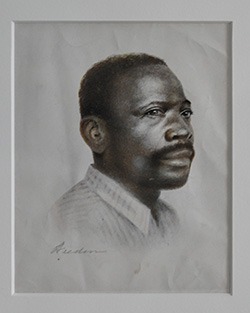 Painstakingly painted with brushes of no more than three or four hairs, many of Howard’s water color portraits can almost be mistaken for photographs.

Four long years later, Howard, her mother, and her unmarried sister Kate returned to the abandoned home with little money  and few resources. The family’s future was bleak, but only until Howard’s artistic skills and entrepreneurial spirit took flight.

She painted portraits for local families, decorated place cards for their parties, and created exquisite hand-painted greeting cards to mark birthdays, anniversaries, and other occasions for neighbors and townspeople.

Howard also began selling paintings of Huntsville scenes and teaching art lessons. Eventually, under the pseudonym “Flake White,” she began writing regularly for The Christian Observer. Her essays, poems, and fables appeared in the newspaper for twenty years, and Howard had become a profitable artist and writer.

At the age of 47, she traveled to Chicago to see the World’s Columbian Exposition—a trip that may have proven inspiring to many, but how it inspired Howard was most unexpected. When examining the artwork on display at the fair, she was horrified.

Numerous paintings depicted the “freed people” of the south, but Howard could see immediately there was something wrong with them all. The African-American subjects were depicted in an almost  minstrel fashion. Facial features were exaggerated—and repeated identically across different people. And, perhaps oddest of all: everyone had exactly the same color of skin.

Howard became bent on showing the world a more realistic—and more respectful—picture of the people she had lived among all her life. She began inviting all of the people of color she knew to come sit for her in the well-lit drawing room. There, using brushes with no more than three or four horse hairs, she turned paper and watercolor paint into portraits so vivid they could almost be mistaken for photographs. 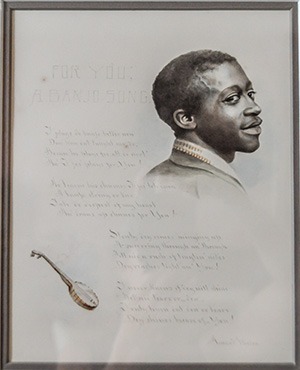 Howard combined her portraits with poems based on conversations with her subjects.

In 1895, a friend took seven of Howard’s best portraits with her to Germany on a hunch. Her instincts were proven right when all seven were displayed in a highly respected gallery in Berlin. Soon after, they were also shown in Paris, and orders for her extraordinary portraits began pouring in.

But as she sat with her subjects for hours at a time in the front room of 300 Gates Avenue, Howard did more than capture their visual likenesses. She also listened. Whatever stories they brought in with them through her front door—triumphs or frustrations, love or loss, tips for the garden or recipes for the kitchen—Howard began capturing in poetry when each sitting was complete using the local dialect of the time. 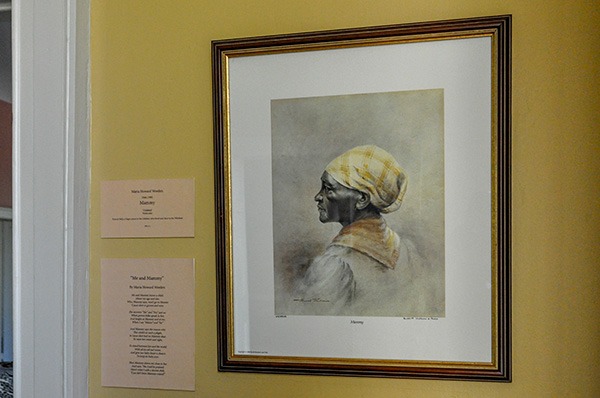 A portrait of Frances, nurse to the children who lived next door to Howard and immortalized in the poem “Beaten Biscuit.”

In 1898, Shadows on the Wall, her first book combining the portraits and poetry, was published. It was well received, and three more collections of portraits and verse were published before she died in 1905.

Among the most popular of her poems is “Beaten Biscuit,” the cooking philosophy of a proud woman who worked next door and was known as “Aunt Frances” to most. When asked for the recipe—called ‘rule’ back in the day—for her delicious, crispy beaten biscuits, she doesn’t mind sharing it. After all, it’s just the ingredients. She reasons:

Dough I ain’t sure dat you will mek

Dat bread de same as I.

Some’s ‘lected and some ain’t,

The poem was so appreciated by readers in the U.S. and abroad that many wrote to Howard requesting copies of the portrait of Frances that accompanies the poem to hang in their own homes.

As I stood eye-to-eye with Frances in the hallway upstairs, and with the banjo player in the bedroom, and with the many others whose every wisp of hair, twinkle of eye, and crease of forehead Howard captured in strokes too small to see, I was often tempted to reach out and touch the window between us—just to prove it was there. So vivid, so three-dimensional did they appear on their side of the glass, it was as if Howard Weeden had frozen time for us in a room next door. And for a brief time, I’d been able to step inside of it and join her there.

If you swoon over southern historical homes, poetry, art, or any combination thereof, don’t miss your chance to call on Howard Weeden’s house on your visit to Huntsville.

Tours are given by appointment and can be scheduled by calling (256) 536-7718 or emailing theweedenhouse@att.net.

For more help planning your visit to Huntsville, don’t miss the free planning resources, events calendar, special offers and visitors’ passport coupons(!) at www.huntsville.org. And if you’ll be visiting Huntsville and Northeast Alabama with your family, be sure to see my other Huntsville and Alabama features and check out my Alabama with Kids Pinterest board for more recommendations.

Shelly Rivoli is the award-winning author behind the Travels with Baby guidebooks and Travels with Baby website and blog, and is the founding editor of Family Travel 411. When she isn't traveling with her husband and three children, she hangs her hat in the San Francisco Bay Area. Follow her on Twitter: @travelswithbaby and Facebook: Shelly Rivoli.

How to Build a Budget-Friendly Maui Family Vacation

Review of the S-Zone DSLR camera insert for...

Your beautifully detailed description of Howard’s home and life truly touched my heart. I’m moved by her significant contribution to America’s history, a gem for the record of people too often misunderstood and misrepresented. Thank you for sharing this important discovery!

Oh, thank so much for reading and for your thoughtful comment. I have to say I was very surprised I hadn’t heard of her sooner myself, but I’m glad for the chance to help share her story. 😉