UNITED KINGDOM, Northern Ireland with Kids – Northern Ireland is a juxtaposition of cultures. It’s both Irish and British, lush and sparse, regal and disreputable all at the same time. And though there have been clashes in the past, the Northern Ireland of today stands ready to welcome travelers eager to explore its distinct culture, mythology, and history.

But be warned: you won’t want to rush through ‘the North’. It is worth your time and not just as an ‘add on’ to an Ireland vacation. For those planning a visit to Northern Ireland with kids, here are my top 4 activities I suggest you put at the top of your list, along with recommendations of 1 great place to eat and 1 great place to stay while you are there. 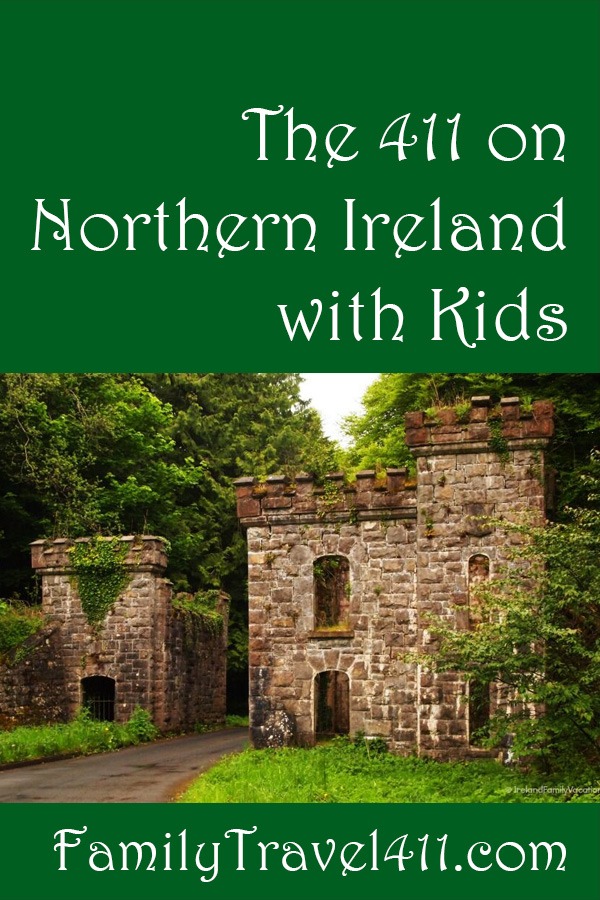 Activity 1: Visit the Titanic in Belfast 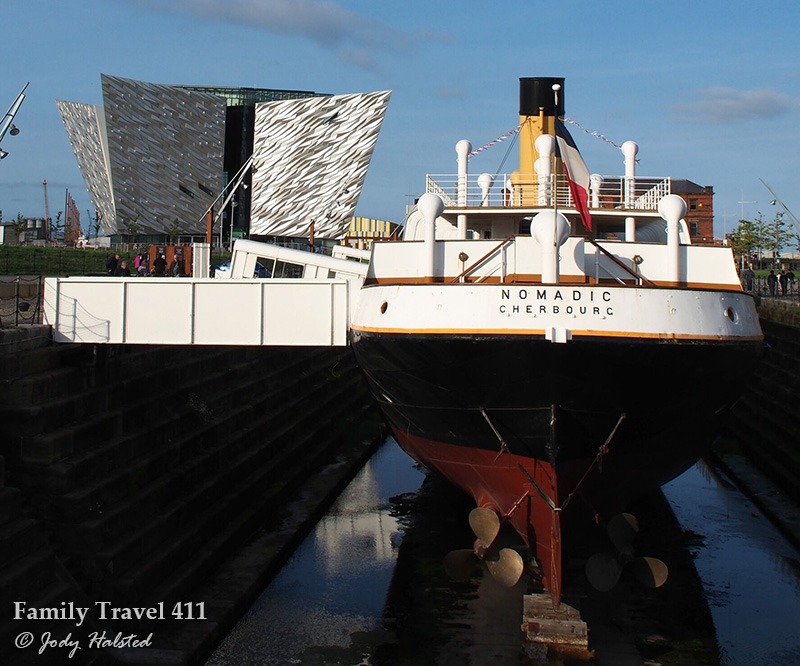 Visit the shipyard where the Titanic was built, now a contemporary museum.

There is a saying in Belfast about the Titanic, “The ship was fine when she left here.” Decide for yourself the verity of that statement as you discover the full story of the Titanic at the place she was built. Explore the shipyard and walk the full length of Titanic and her sister ship, the Olympic, before joining a tour that leads you through the golden age of ship building and separates truth from legend of the ‘unsinkable’ Titanic.

Before leaving the shipyard be sure to take a guided tour of the SS Nomadic, dry docked in front of Titanic Belfast. The last remaining ship in the White Star line, the Nomadic ferried passengers to her ‘big sister’ in high style. A guided tour by one of the volunteer “Titaniacs” brings the history of this little ship to life. 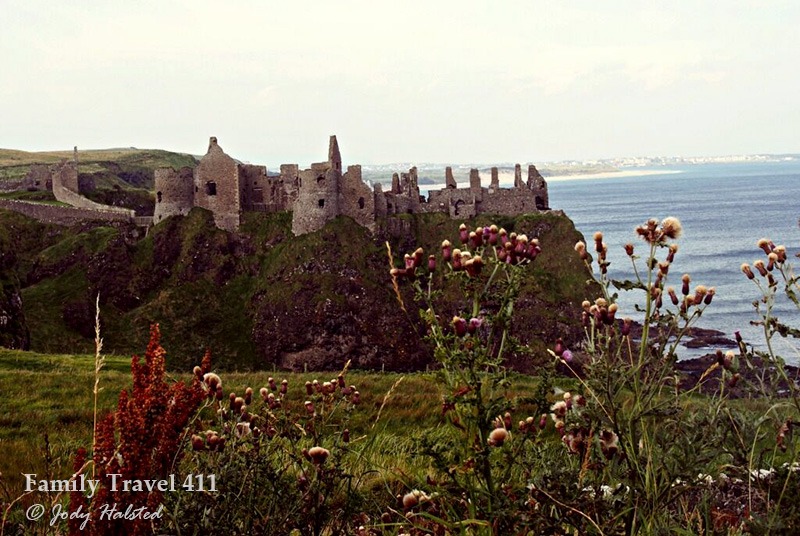 Ruins of medieval Dunluce Caslte on the Causeway Coastal Route.

Explore some of the most storied and mythical lands in Ireland along a 120 mile coastal route. Begin with the Irish mythology of Finn McCool as you tread along the polygonal stones of the Giant’s Causeway. Follow that with years of fishing history as you cross a rope bridge to a small island of stone, before indulging in a bit of fantasy at the Dark Hedges. Beyond these well known sites you’ll find breathtaking cliff-top castles, wonderful sandy beaches, a fairy land of magical waterfalls, and the world’s oldest distiller of uisce betha, the ‘water of life’, aka whiskey. 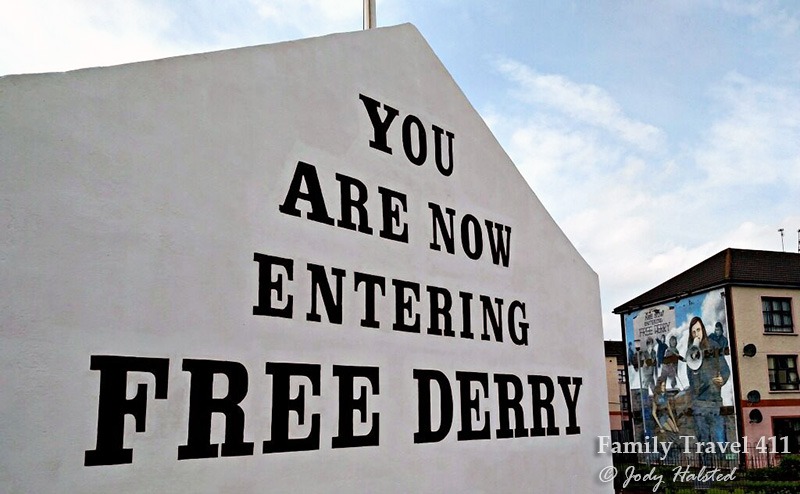 Take a guided tour of Derry, one of Ireland’s oldest continuously inhabited places.

A few hundred years ago Irish cities were protected by massive walls with gated entry points. Today Derry is the only city whose walls remain completely intact. A walk atop the Derry city wall is like walking through time, cannons placed for protection hundreds of years ago now overlook the civil rights murals that decorate the buildings of the Bogside below.

Derry (aka Londonderry) is also a place noted for unrest, from the Nine Years War and Plantation of Ulster through the end of the 20th century. The Troubles, the Battle of the Bogside, Bloody Sunday, and the Good Friday Agreement are all points in time that have shaped the city, and Northern Ireland. The best way to wrap your head around the history and culture of this city is with a guided walking tour. Gleann Doherty of Derry Guided Tours will guide you from the city’s founding by St. Colmcille in the 6th century, through the Plantation period, and into the more recent history in a way that is understandable but not overwhelming for children.

An ancient stone circle dating to 2250 BC.

Northern Ireland’s most south-westerly county, Fermanagh is divided by Upper and Lower Lough Erne, creating an outdoor paradise for vacationers. As a relatively overlooked county, tourists may feel like they have discovered an untouched bit of Ireland. Begin your explorations in Enniskillen, a town built around a castle located on an island between the two lakes. Military history runs deep here, with the castle hosting English regiments from 1689 through World War II.

Pssst! Don’t miss the map of our Northern Ireland recommendations and pinnable at the end of this feature.

But it is around- and even beneath- the surrounding countryside that Fermanagh shares its true treasures. As you circle Lower Lough Erne you’ll discover a stone circle dating to 2250 BC as well as ancient Celtic carvings. A castle still exists in Castle Caldwell Forest, though you have to look hard to find it, and nearby Belleek is home to the famed pottery. Explore beneath the surface of County Fermanagh at Marble Arch Caves Geopark, a stunning show cave that is one of the longest in Europe, stretching into the Republic of Ireland.

1 Great Place to Stay : Lakeside Lodges at the Killyhevlin Hotel in Fermanagh 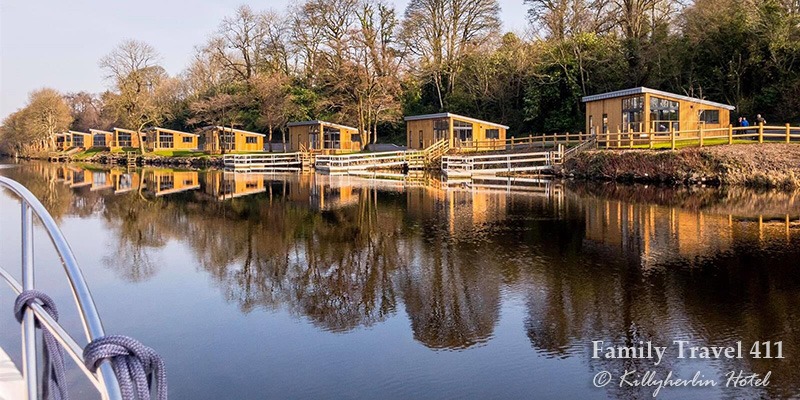 If you’re looking for a truly tranquil getaway there is no place better than on the shore of Lough Erne in one of the lodges at the Killyhevlin Hotel. The self-catering cabins offer the best of both worlds- loads of privacy and space with the luxury of the resort just a short stroll away.

Our lodge, with two bedrooms, two bathrooms, a large open living area, and full kitchen, was a welcome break from busy hotels and bed & breakfasts. We enjoyed the uniqueness of grocery shopping in Ireland, and laughed as we attempted to understand gas marks on the oven. But what really made the stay memorable was the absolute stillness of the lake each morning, as I sat on the small jetty, tea in hand, as birds welcoming the sun and gentle waves lapped the shore. 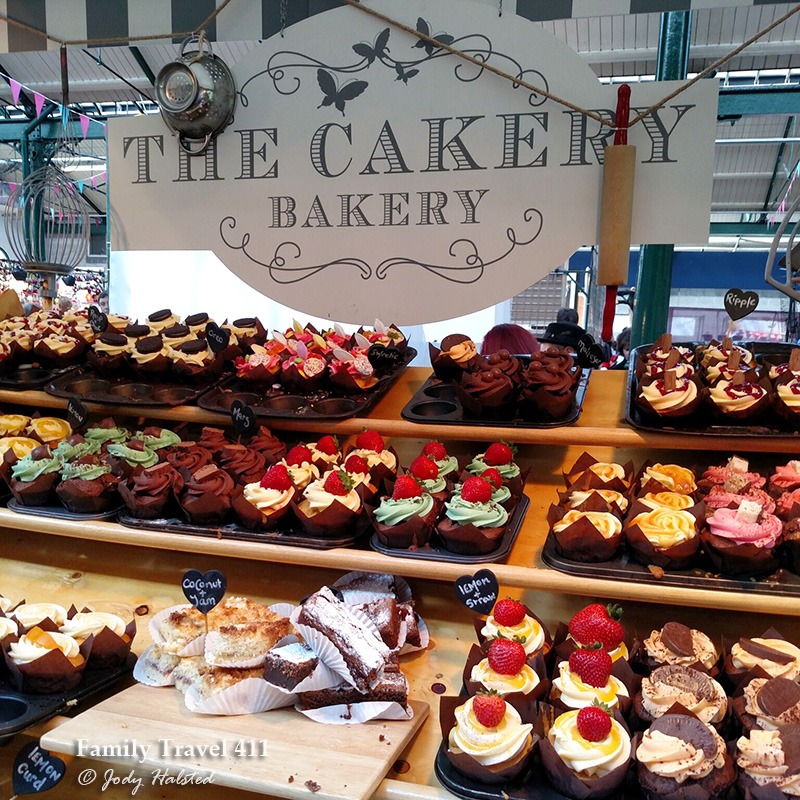 For a true taste of Northern Ireland plan to visit St. George’s Market in Belfast. A large weekend market, you’ll find foods ranging from fresh – fish stalls and local produce- to ready-to-eat. Local food producers and restaurants have stalls interwoven with local crafters, book sellers, and antiques dealers. Arrive hungry and work your way through the maze of booths tasting, trying, and buying. Enjoy a meal here and take away cheeses, breads, and sweet treats for later.

Get more! Click here to see all of our 411 features on Ireland.

Map for your trip planning:

More features to help with your Ireland travels:

Ten things you should know before traveling to Ireland with kids

The 411 on Dublin with kids

How to live like a local family during travel

The 411 on County Clare with Kids

Ten things you should always pack for travel

The 411 on County Cork with Kids

Ten things you should do before booking family vacation rentals

The 411 on County Galway with Kids

The 411 on Northern Ireland with Kids

Travel with Teens: Tips for Getting and Renewing U.S. passports for kids 15 to 17 years

Baby gear rental and equipment hire in Ireland and Europe

Jody is a freelance writer with a passion for Ireland, her RV, and following the road less traveled. When she’s not traveling Jody can be found at her Midwest home planning Ireland vacations for other families, plotting future travel with her husband Doug, or shuttling her daughters to the various music, sports, and dance practices they are involved in. Jody publishes Ireland Family Vacations, offering exceptional advice for your magical Ireland vacation, and Camping Tips for Everyone, where the only wrong way to camp is to not camp at all! Find Jody on Instagram: @jodyhalsted, Twitter: @jodyhalsted, and on Facebook: @iatraveler.